Colombia boasts all of South America’s allure and more. Its verdant terrain lends itself to iconic adventure travel where you can dive, trek, raft, climb and soar! With a slight tinkering of altitude you can go from sun toasted Caribbean beaches to coffee strewn emerald green hilltops. Cities like Cartagena is where contemporary oomph meets colonial grandeur. 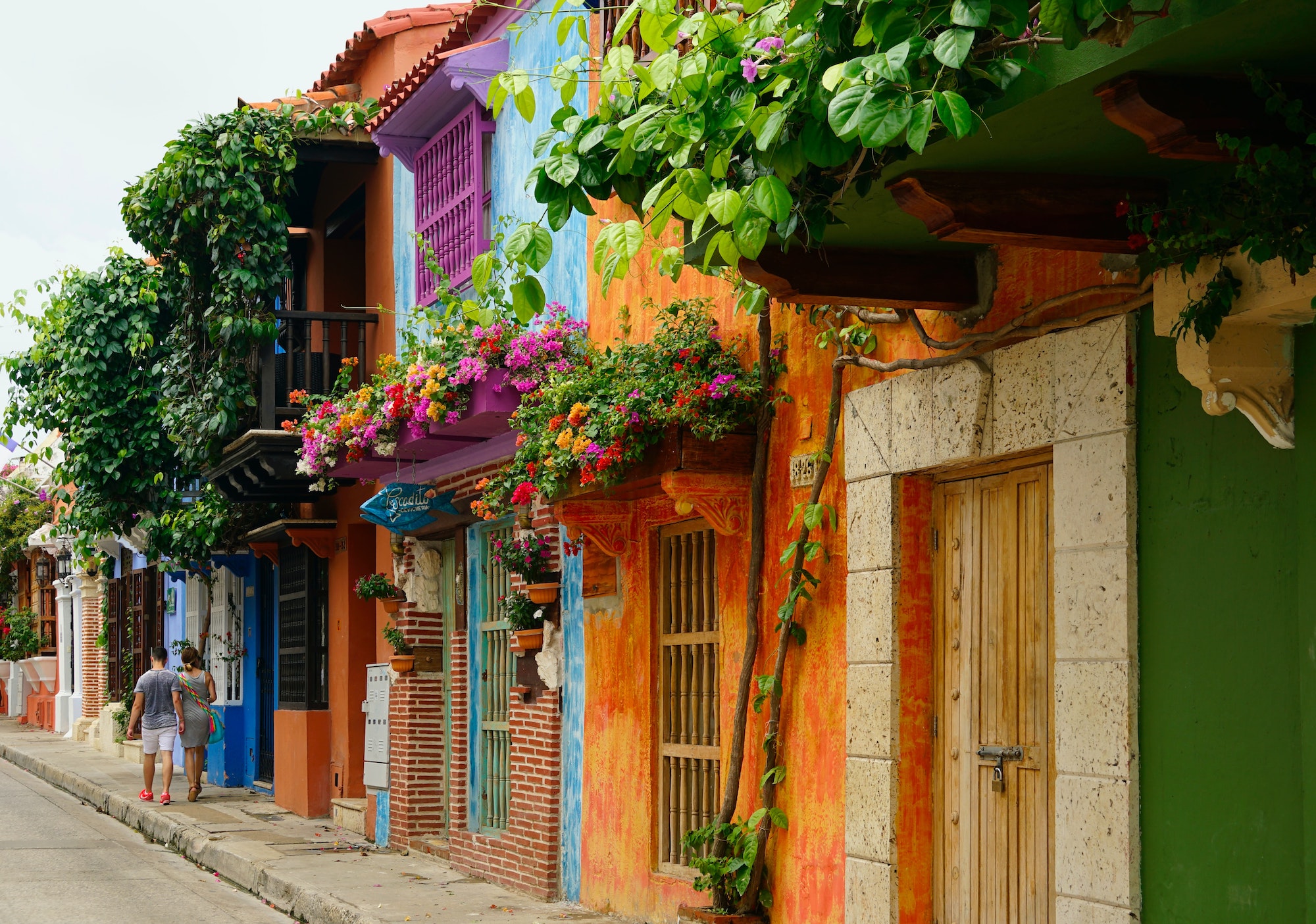 Land of a Thousands Rhythms

You can wind back the clock to colonial times in the fortified city of Cartagena, with its walls covered in myriad pastels and balconies overflowing with bougainvillea. For the frontiersman one can hike through ancient tropical forests to find lost cities in Ciudad Perdida or make the arduous trip to remote La Guajira’s deserts and dunes.

Come here to swap the revenant simplicity of nature for the bustle of the cities. Stomp through the El Cocuy National Park to catch brilliant sunrises before heading back to the dense yet romantic hillside cities like Medellin.
Colombia is one of the most ethnically and linguistically diverse countries in the world, and possesses a rich cultural heritage. It’s territory encompasses the Amazon rainforest, tropical grasslands and both Caribbean and Pacific coastlines. It qualifies as one of the world’s 17 megadiverse countries.

For the latest COVID-related travel restrictions, visit this link: https://colombia.travel/en/covid-19-information

Book our top destination pick of 2021, curated specially for you: https://mailchi.mp/7a67fbff495a/cartegana2021 Read More

Colombia is situated at the junction between Latin America and North and Central America, and as such has an extremely diverse cultural make-up including European, African, Caribbean, Middle Eastern and Native American influences! This diversity has enriched Colombia with a wide range of cultural expressions in music, art and literature, which can be admired in museums, art galleries, libraries and public spaces. Colombians are very positive people, described as having a joie de vivre because of which the country was deemed the happiest country in the world in 2013. This joyfulness is expressed and celebrated during fairs, carnivals and cultural festivals, including the Manizales Fair and the Barranquilla Carnival. The country’s national dish is the Bandeja Paisa, a huge food platter consisting of grilled steak, fried pork, chorizo sausage, fried egg, avocado, and a plantain. This is one dish that will leave you satiated for hours! One of the other popular Colombian delicacies is the Arepa, a flatbread made from cornmeal that is the foundation of many meals. No meal is complete without the Brevas con arequipe - a local fig stuffed with Colombian style toffee! Feria de las Flores, one of the biggest annual flower festivals takes place in Medellin, is dedicated to celebrate the end of slavery in Colombia.

Attend the annual Carnaval de Barranquilla, one of the largest and most important folkloric celebrations in the world! Our sample itinerary for a captivating Cartagena vacation or staycation!

A US regulation compliant itinerary and documentation of your trip is essential. Interacting with locals, support of individuals and small independent business is a must do component.