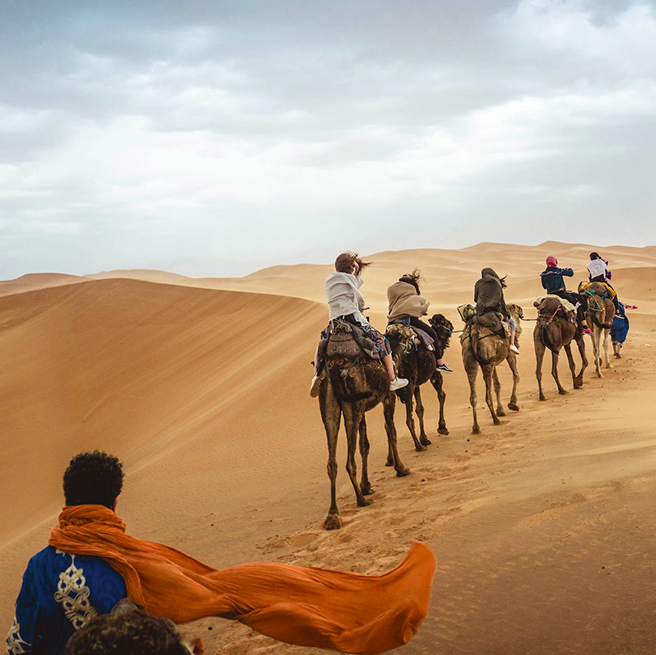 Wander to the land of Color and Contrast

The entire country of Morocco is infused with old-world charm, each turn delivering another mesmeric spell.
Minarets and fortress towers create an unforgettable skyline. Craggy mountain ranges separate lush valleys from desolate desert sands. The sweet ocean scent of the Atlantic blows through labyrinthine streets of its ancient cities..
The delicate aroma of rosewater wafts around a shop filled with decadent silks. Carpets are woven in an intricate fashion and leaned against the old city walls. Elements of French colonisation linger along the parapets of the new marketplace. The vibrant history of an old desert-trading town continues in the shade of the fortress.

Morocco’s location in north west Africa, a short sea journey from Europe, lends itself to influences by many major powers over centuries. This melting pot of cultures and customs has resulted in the Moroccan people of the 21st century; a modern and progressive Islamic nation with a friendly, welcoming embrace of its locals and foreigners alike. With a history as intricate and varied as Morocco’s, it has developed a cultural offering that is both rich and exciting. Whether it’s the artistic influences found in Tangier, the medieval streets and buildings of ancient Fez, the laid back towns along the Atlantic coast or the nomadic people in the desert towns and villages around the Sahara, the culture of Morocco is hard to define yet easy to find. Given the country’s diverse background, it goes without saying that its cuisine is a eclectic as its history. One of the most popular ones is Tagine, which is a slow cooked Moroccan stew. Harisa is another unique tomato-based dish with lentils and chickpeas, a must-try healthy vegetarian option! For all the hummus and couscous lovers out there, it doesn’t get better to have an authentic taste of these dishes than in the place they were created! 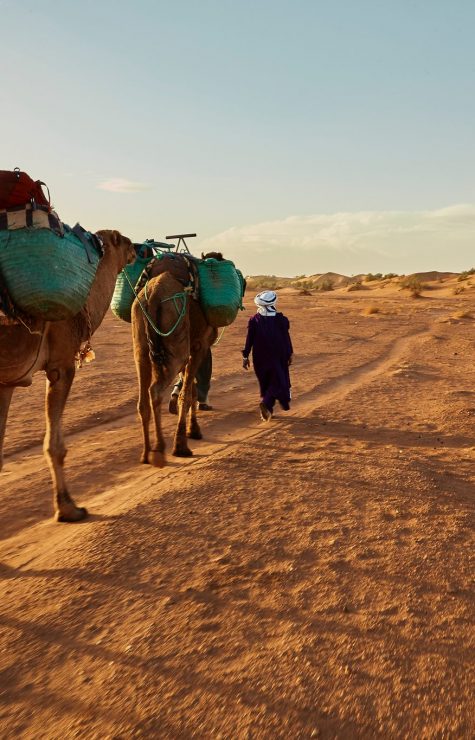 Moroccans have been writing about the world since time immemorial, beginning with Moroccan Islamic scholar Ibn Battuta, who travelled an astounding 5,000 miles over 30 years and giving an account of his story in the Rihla (The Journey). Who wants to follow his footsteps? 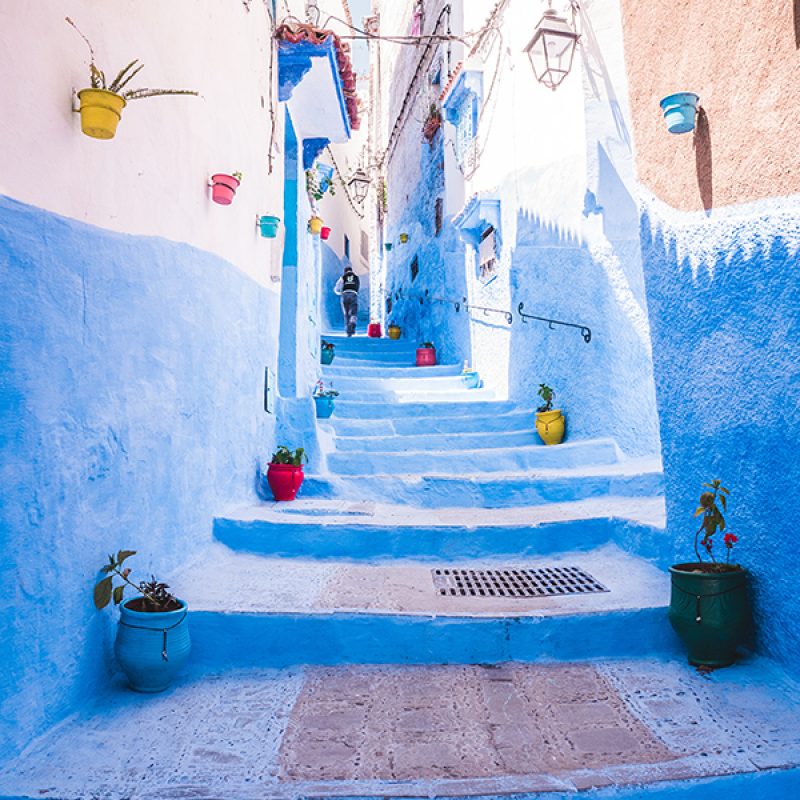 Our sample itinerary to uncover Morocco

xplor.earth travel experts will customize your itinerary to Morocco keeping your interests in mind.

Day 1: Arrival in Marrakech
Day 2: Explore the Pearl of the South and take in the magnificent array of prevalent architecture
Day 3: Day trip to Essaouira. A traditional hamam experience awaits you back in Marrakech.
Day 4: Experience a traditional Moroccan cooking class in Marrakech. Stroll through its many souks and shop to your hearts content
Day 5: Drive to the frontier town of Ouarzazate, studio home of many epic films
Day 6: Then, explore the Moroccan countryside by going on a road trip to Merzouga and the Saharan desert. Sunset camel rides or star gazing in the crisp desert air is a perfect way to relive nomadic traditions
Day 7: Make your way to the ancient and cultural capital of Morocco, Fez
Day 8: Explore Fez
Day 9: Day trip to Chefchaouen, the picturesque blue city hidden in the mountains
Day 10: Day trip to Volubilis via Meknès, one of the best preserved Roman architectural sites in Morocco