Namibia is where sand dunes become mountains. Get ready for jaw dropping landscapes as you drive awestruck through the Skeleton Coast, witness giant waves as they crash into the staggering red sand cliffs of the Namib Desert, stroll through dead tree valleys at Sossusvlei, and explore the amazing rocky landscape in Damaraland. Drive past an ostrich running rampant in the distance as you prepare to indulge in activities such as as sand-duning and quad-biking The country’s name derives from it’s oldest desert, the Namib. The grand and vast emptiness of Namib Desert will captivate any traveller. With soaring red dunes, desert adapted wildlife, mountains, sea and safaris this is one iconic destination in Africa.

From the sand sea and perfect dead-tree valleys at Sossusvlei to the sentinel-like sand dunes plunging down to the sea on the Skeleton Coast, Namibia is a visual delight.

The enormous red dunes of Sossusvlei is a classic Namib desert scenery unique to Namibia. The red sand dunes with sharply curved ridges are perfectly sculpted – by nature. Named according to their height – Dune 45, dune 60, big daddy, big mama each dune is more challenging than the other.

Further inland, a spine of mountain ranges creates glorious scenery – the Naukluft Mountains, the Brandberg, Spitzkoppe, Damaraland, and the jaw-dropping Fish River Canyon, 2nd only to the Grand Canyon in sheer size.

With the Caprivi wetlands and the vast golden plains of the Kalahari, it’s difficult to think of a landscape that Namibia doesn’t possess.

People, food and culture to experience when you travel to Namibia

The population of Namibia is unevenly distributed with about 60% of people living in the northern regions, while the southern and coastal areas are almost unpopulated. Namibia's population can be divided into (at least) 11 ethnic groups, the biggest group of which is the Owambo people. The Himba and San tribes are amongst one of the oldest living humans on this planet. As a country Namibia is still trying to find a national identity, but each of the countries cultural groups has its own rich heritage and traditions. Namibian cuisine is a melting pot of different flavours, with strong influences coming from both the German colonial era as well as South African dishes. One of their specialties is the Potjiekos, a meal comprising of meat and vegetable stew-style dishes for vegetarians and meat-lovers alike. For those wanting to try just a glimpse of Namibian cuisine, Fat Cakes made of flour, yeast and sunflower oil are the perfect mouth-watering combination of barbecued cuts of seasoned red meat, vegetables and chillies. This is most definitely one of the most unusual delicacies we have come across! 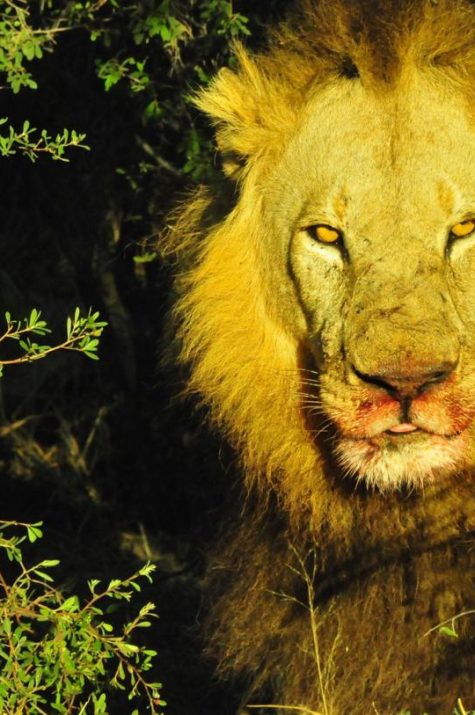 The Namib Desert is said to be over 55 million years old! The desert is large, stretching for 2000 km along the Atlantic coasts of Namibia, South Africa and Angola.

Whether you want a desert adventure or connect with Himba tribes people, Namibia’s awe-inspiring landscapes are perfect places to get away and experience a unique place on our planet. Incredible landscapes and wildlife experiences await you in Damaraland and Etosha Park. For the more adventurous you, go further south from Swakopmund to hike in Fish River Canyon,  2nd largest after the Grand Canyon. Speak with our travel experts to customize your ideal trip to Namibia!