In Patagonia spaces are large, as are the silences that fill them. Newcomers will be awed by its emptiness, the sight of massive glaciers, its jagged peaks, pristine water bodies and its fresh air.. Journey to the End of the World

In its enormity, Patagonia offers a wealth of experiences in one of our planets last unspoiled frontiers.
Here it is barren, beautiful and nature itself is wild. Patagonia offers nature lovers a plethora of options to enjoy the outdoors – trekking in the national parks like Los Glaciares and Torres del Paine, hiking across massive glaciers in El Chalten, staying in estancias replete with gaucho cowboys or kayaking in the channels amongst whales and penguins – experiences to lift the soul.
Above all it is the solitude of the steppe that will be branded into memory. ​ For more worldly pleasures further north is Mendoza, meaning ‘cold mountain’ and yet it is synonymous with some of the best wines available on earth. Home to the Malbec, the valleys surrounding this desert city (though you wouldn’t know it) are the heart of a burgeoning passion of local and implanted winemaker alike. ​Nestled as it is in the lower reaches of the Andes, the landscapes offer stunning views and anything less than a week in this bucolic heaven would seem rushed.

Although the Patagonian region takes up nearly a third of the land area in Argentina and Chile, it’s home to less than 5 percent of either country’s population! The aboriginal ethnic group, the Mapuches, are the inhabitants of this region. Their main economic activity is sheep and goat raising in the Andean region. For all the meat lovers, the Cordero Al Palo or the Spit road lamb is the region's most popular dish - it is traditionally cooked on an open log fire for hours until the outside is crisp enough. A caffeine-infused drink that is not to be missed is Yerba Mate, and it is generally consumed in a social setting. The average Argentinian consumes five kilos of yerba mate a year! One must also indulge in the Chilean National Drink, the Pisco Sour while traveling in this region. This South American classic is truly one of its kind! 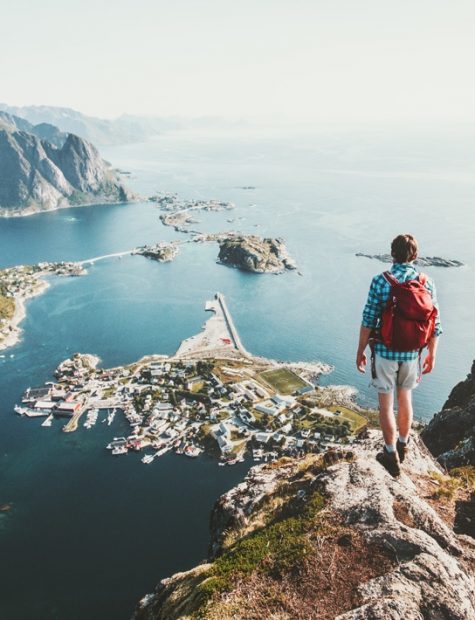 It is arguably one of the most beautiful places in the world, untrodden by the masses and with stunning vistas at every turn. Our sample itinerary of the breathtaking Patagonia!

Want to change the number of days, stay at a luxury villa, add or swap out activities, no problem! Our travel experts will customize your itinerary keeping your interests in mind.