A 10,000 km coastline, over 790 offshore islands, and scores of fairytale castles makes Scotland the perfect driving journey. The natural settings along with its myriad history is nothing short of impressive. It offers many treasures crammed into its compact territory – big skies, bales of hay on endless hillsides, ancient architecture, haunting skyscapes and lakes, superb seafood and most importantly friendly, hospitable people. 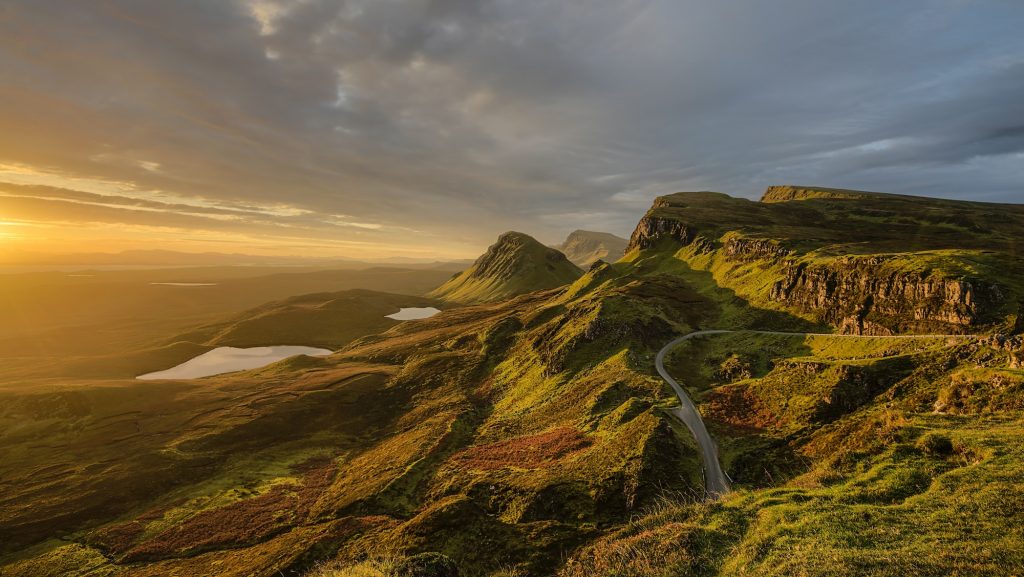 Welcome to the unparalleled land of mythical creatures, stunning highlands, unique food, men who wear skirts, golf and whiskey. Or better yet, that’s what people think of when they think about Scotland.
Modern-day Scotland on the other hand, featuring all of the above, offers so much more to those who choose to venture here. Scotland’s craggy peaks, lakes and omnipresent cumulus have inspired many a landscape artist.

Scotland’s first inhabitants were known as the Picts, a Celtic tribe who founded the Kingdom in the early Middle ages. Today, the vibrant Scottish people proudly uphold their strong traditions and have a distinct culture. The Highland Fling and the Sword dance are the oldest traditional Highland dances of Scotland. Male warriors performed the dances to celebrate their victory after returning from battle. Now, they are performed at national events and dance competitions. One can take a glimpse of Scottish culture at the annual festival called Scottish Highland games. Oats, barley, and dairy products are considered as pillars of the rural and urban diet of Scotland. The national dish is the haggis, a dish which consists of a pudding made of sheep's organs mixed with onions, oatmeal, and spices. It was traditionally served inside the sheep's stomach! Shortbread is another Scottish dish that does not require an introduction. Invented in 1736, the buttery goodness of shortbread makes it a popular dessert item worldover. Scotland is also famous for, yes you got it - Scotch Whisky, traditionally made from malted barley and more recently, also from wheat and rye. It is aged in oak barrels for at least three years to upwards of 20 years. No visit to Scotland is complete without downing a dram of the good stuff. 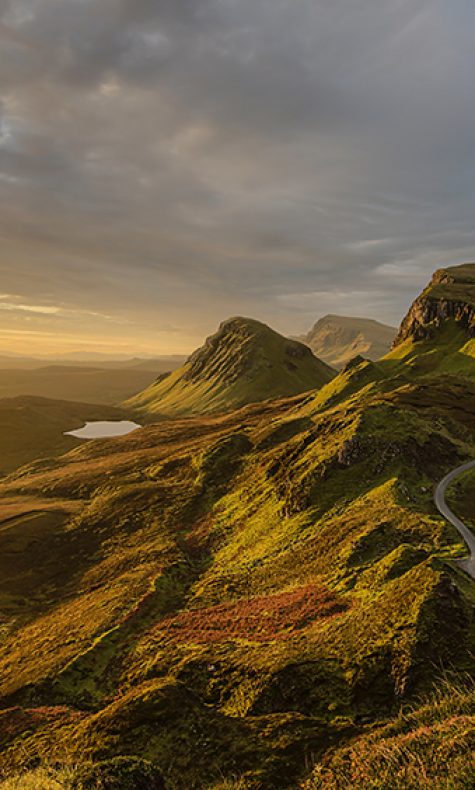 The nation’s national animal is a unicorn!

Celebrate the annual Scottish festival, Up Helly Aa where the streets are filled with Viking boats, fire torches and thousands of people! 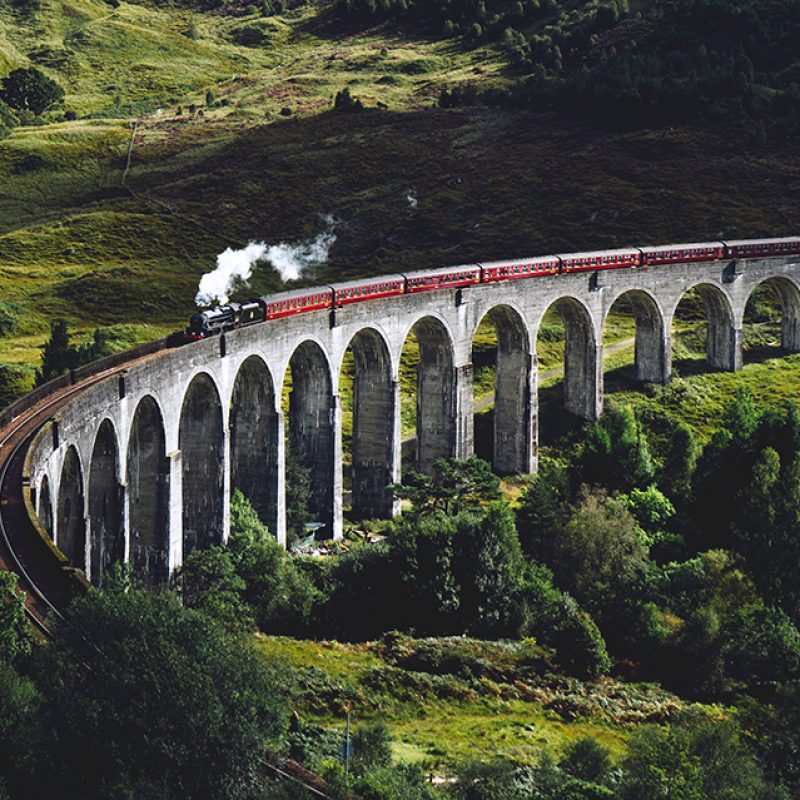 Our sample itinerary gives you glimpses of your luxe Scotland trip!

Castles, lighthouses, cottages, churches and brochs, are some of the unique places to stay in Scotland. Your trip activities, can be an open schedule to enjoy the rustic and outdoorsy Scotland at your own pace. Our travel experts will customize your itinerary keeping your interests in mind.

Day 1: Arrival in Edinburgh and private guided tour of the Royal Mile.
Day 2: Rent a car and drive towards Loch Lomond, where one can enjoy kayaking on the quiet waters. En route stop at Stirling Castle. Overnight at Rowardennan – end of the road.
Day 3: Drive north west towards Oban, site of one of Scotland’s top distilleries, and go on a scotch tasting tour.
Day 4: Drive to Inverness and go on a cruise searching for the mythical Loch Ness monster.
Day 5: Drive back to Edinburgh.

You could extend your stay by driving north to one of it’s best kept secrets – the Isle of Skye. A hiking paradise of magical beauty. From there you could continue back down to Inverness and Edinburgh.
A detailed route map will be given to you along with all the stops en route. We can modify the route as per the required number of days.